I consider myself to be a partaker of the DIY (Do-It-Yourself) community. I like to tinker, I like to make things, and I especially like receiving gifts that have been hand made (hand-knitted Grandma’s sweaters, count me in!). But what I really consider myself to be a connoisseur of is the Steampunk Culture, or counterculture. But before I go into the aesthetics and beauty that is behind the culture, let me give you a little history (sorry, I’m going to nerd out here).

Steampunk is an aesthetic movement and arising subculture that arose from science fiction.The art was initially founded in fiction, but has since been crafted into art, music, graphic novels, film, and home décor. Steampunk as a genre descended from Cyberpunk, which questions scientific optimism prevalent in mainstream science fiction and instead offers a gritty, grimly realistic world in which corporations rule the earth, empowered by the development of communications technology. Steampunk authors realized the same sorts of values could be used to re-imagine the Victorian era, with the empire serving a similar role as corporations” (Steampunkmagazine). Steampunk has been around since the 1980’s with the regularly recognized author, Paul Di Filippo, who coined the term in his short stories. Since then and roughly starting around 2006-07, steampunk has “become an art and craft movement as well as a subculture with its own fashion and music” (Steampunkmagazine). 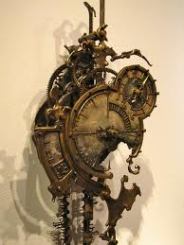 So, if you’re anything like me, you’re probably wondering, “Well, this sounds like an art movement more than a culture.” True! Steampunk culture is mostly fixated around aesthetics and beautification to a Victorian style. But, it is a subculture. Many believe it to be a way of life and a way of looking at the world (an anti-mass produced consumerist outlook). 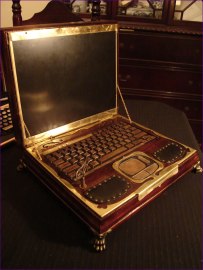 Steampunk takes the mass produced and makes it unique. It’s a DIY culture in a very unique Victorian meets technology grit. Furthermore, steampunk enthusiasts make these things for the sake of their own self-identification. AND, they post how they make their things on blogs and websites for others to try their hand at. Mostly this culture doesn’t sell their stuff. Unless your name is Insect Lab and you make such unique and cool stuff that it doesn’t matter. I mean who wouldn’t want to own a modded-out beetle fitted with clock gears?

Steampunk is more than a mere art movement, it’s a lifestyle, and for many a giant middle finger to the status-quo.Similar to punk’s notion of anti-conformity, steampunk stresses the importance of remaining an individual in a capitalized and mass-marketed society. Steampunk says that as culture grows, this is especially directed towards the U.S., people have a sense of lost values in community, identity, and strength and value in the human condition. Most people buy products which are manufactured in foreign countries and have been processed to the extent that it no longer serves being a unique item, but a mass production of the mainstream society. Steampunk address this in a counterculture movement which destroys the modern day technology to become a vintage style, turn of the nineteenth century artifact that still functions the same as modern technology. 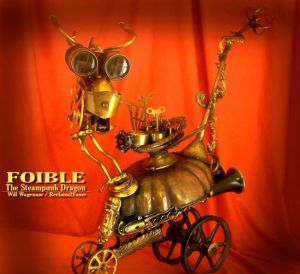 In this sense modern society can learn from this subculture as it offers solutions and possibilities within frameworks that inspire and support movement towards positivity and progress.

So there you have it in a nut shell. Steampunk, it’s a subculture, an outlook on life, a kick-ass DIY art-form, and creative hobby.

Sit down and grab a cup of culture